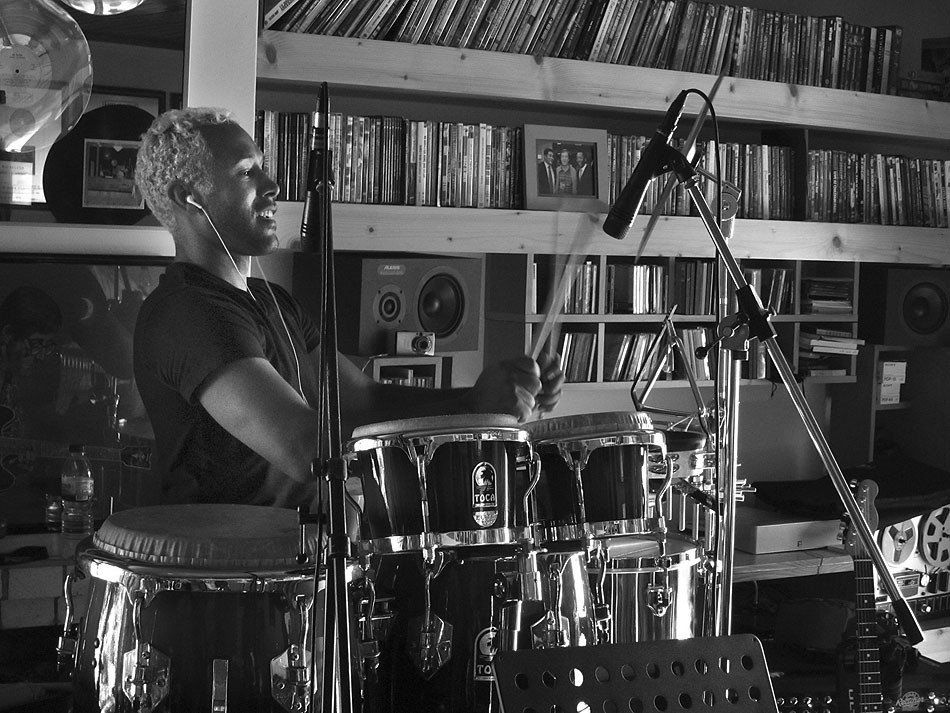 He started his steps through music when he was 7 years old playing the drums for the youth choir of the church. In Brazil, besides his samba group, he worked with several other groups and artists.

In March 2000, he arrived in Portugal where he was invited by Pérsio Plastino (Guitarist) to be part of a quartet and from that project his realization and musical structuring took place in Portuguese lands.

In 2002 he started the Toque de Classe project as music director where he was resident at Armazém F for three years. He executed several projects, such as a music workshop for children and teenagers in a Navarro de Paiva correction school (Chapitô Project), Brazilian percussion workshop, body percussion classes (Fame Artist Training), among other projects. He also did musical direction work in shows by Brazilian artists in Portugal.

In 2006 he carried out a work that he had already sketched years before (MPB pra Likes), because he was a percussionist and chose to record some songs of the genres Bossa Nova and MPB with the most evident percussive part.