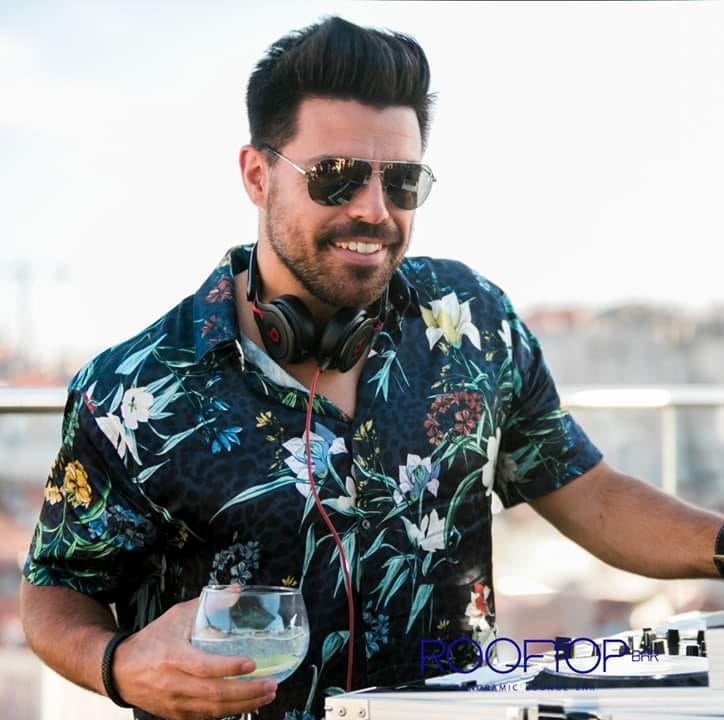 It was the year of 1996 when it all began, school parties, matineees, birthdays, it was until opportunity for more appeared, and fortunately it happened. Always very attached to light music and soul, Karlos evolved to hear House something that was still very unknown at the time as Tecno and Euro Dance predominated in the national scene with regard to electronic music in the late 90 . The year 2001 dates your chance to shine in the Night, And so it all began… Nowadays Karlos Antunes, is a dj that has exceeded his own initial expectations, but nevertheless, always wants to evolve…. W disco (Lisbon), SA (Ericeira), Pharaoh (Sta. Cruz), Fame (Lisbon), Carrot River (Lisbon), Karma (Rio Maior), Farm Klub (Azeitão), Fashion Klub (Loures), Duna Beach (ALgarve), Velvet Caffé (Loures), Bolina (Sesimbra), RS Beach club (Caparica), Gothica Club (ALmeirim), Coconuts (cascais), Black Jack (Vilamoura), Sai de Gatas (Torres Vedras), OC (Torres Vedras) Casa do Cerro (Albufeira), QP CLub (Torres Vedras), Villa Caffe (Torres Vedras), Lorenzo Club (Ericeira), Tunel (Torres Vedras) were some of the houses where this dj was pleased to perform. Having also been present at festivals such as: Ocean Spirit (Sta Cruz.- Torres Vedras), and at the Quinta Festival (Negrais-Sintra) His production adventure, although timid, is 2005 with two bootlegs, one of “ Nights of jaguar ”and another from“ New Frontier ”, then some 2010 editions revive their interest in production. Although this one assumes much more as an entertainer than as a musician, the duo CartoonsGroove (with João Filipe) relaunched this DJ as a producer on 2012. It has remixes by Anselmo Ralph, Nelson Freitas and Expensive Soul. And other works on sounds by Bruno Mars, Rihanna, Lucenzo, Sean Paul etc.