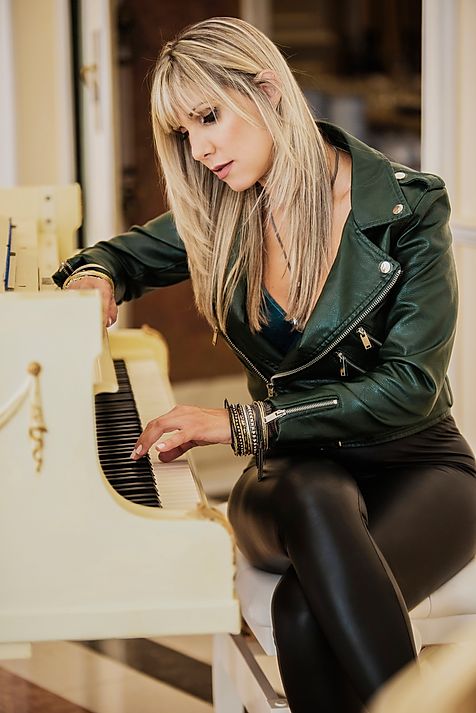 At eleven she started her musical studies, at the age of 13 she was the winner of a music festival in Curitiba interpreting a Billy Cobham theme.

Years later he entered the Paraná School of Music and Fine Arts (EMBAP) where he studied classical piano for 4 years.

In 2000 he was part of the Arturo Toscanini Chamber Orchestra with the Beatles Symphonic project.

She has a degree in Jazz Piano by the Escola Superior de Música de Lisboa (ESML).

He has collaborated in several projects related to Jazz and other musical genres having accompanied well-known Portuguese interpreters such as the singer and composer Paulo de Carvalho.

In 2009, with his new theme, he entered the playlist of the extinct Rádio Europa Lisboa having achieved wide dissemination, and today is the title of his first authorial project, launched in September 2019.

The album features the instrumental side of the composer, but contains two sung themes and has the participation of special guests. Salvador Sobral on the theme “Luz de Outono” and Luanda Cozetti on the theme “Um ser Matriz”, poetry by Tatiana Cobbett who also signs the artistic direction of the project.