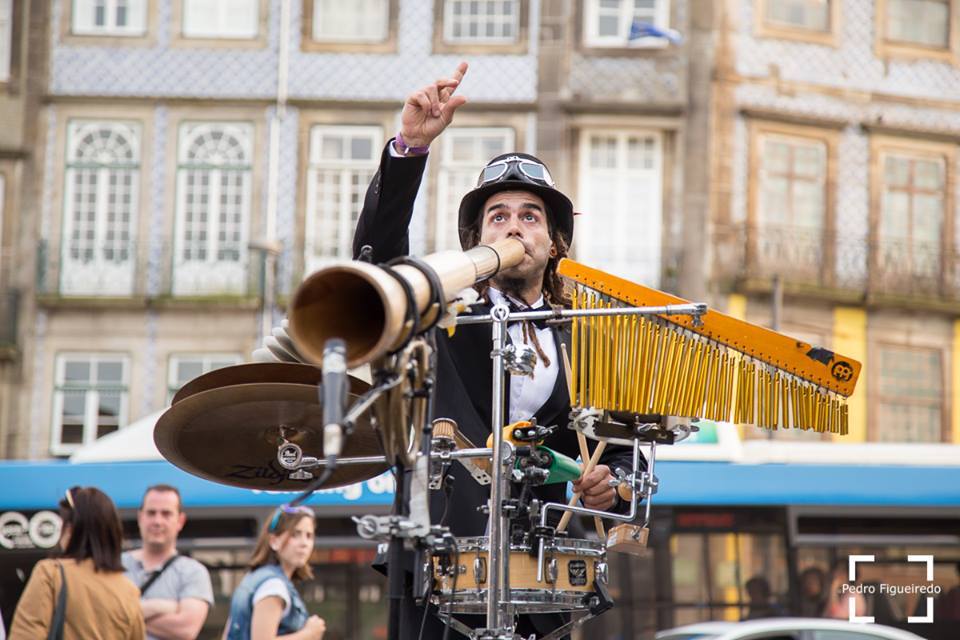 RO is an orchestral man, playing festive music in which tribal dance music goes through the exotic combination of instruments such as Didgeridoo, an instrument from Australia at the center of his performance, and a drums with various percussions and vocals.

His career began 19 years later after a short stint in Economics at Sonae Industria, and from several European tours led by groups such as OliveTreeDance who went on stages such as FMM Sines, MED, Southwest, Alive, Vila de Mouros and opened the Boom Festival on 2016. Two decades of passion and hard work in learning the styles and cultures of different musical influences that have made him the singular and outstanding musician he is today. In his show he approaches the audience with rhythmic intensity and arouses in him the desire to interact creating a contagious collective dance, in a naturally ethnic atmosphere.